So a couple of years ago my Favorite Older Sister turned FIFTY. Which would have gone totally unnoticed in Craptacular Land except Mojo decided posting her birthday haiku epic would be WAY SIMPLER than actually writing a blog post from scratch. So I did. 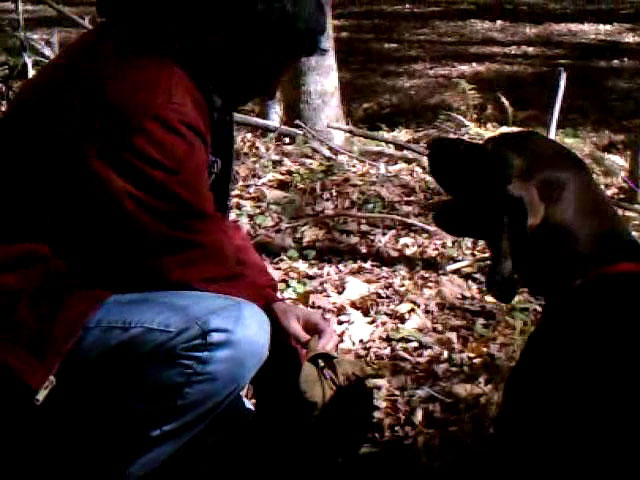 Mojo has been on her self-improvement kick for almost a year now, and one of my goals was to get back into shape, instead of being the lazy blob everyone has come to know and love... or at least tolerate. So I have been trying to keep away from my stupid laptop on the weekends, and instead I go hiking with the dog out in the woods.

Of course, sometimes you end up doing more than you intend. Such as, if you remember my last blog post, I mentioned I had to have my truck's frame completely replaced at the dealer's expense. When I got my little truck back, I skipped around for a week or two, until it happened to die on me in mid-drive, about a half a mile from my house.

A: She's busy. Can't you leave her alone for two seconds? She has a new kitty, she's working hard on stuff, fall is arriving and she has yet to get any firewood, and now poor Rosie has officially become Ugly Lumpy-Nose, due to a histiocytoma that suddenly erupted on her nose. Vet says it will go away on its own in a month or two, but in the meantime, on top of her many other concerns and responsibilites, Mojo is further burdened with One Ugly Dog! 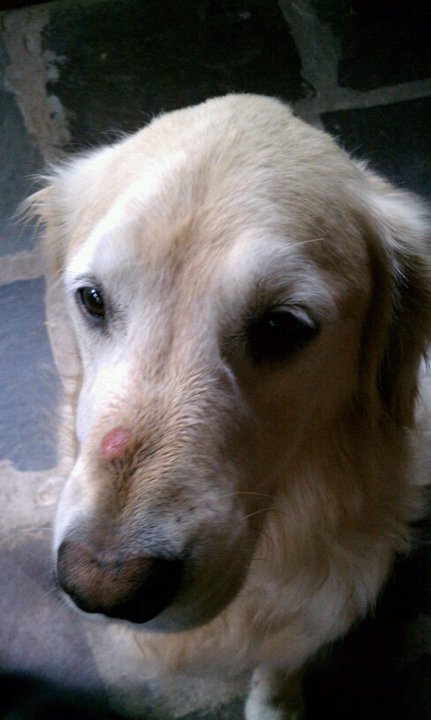 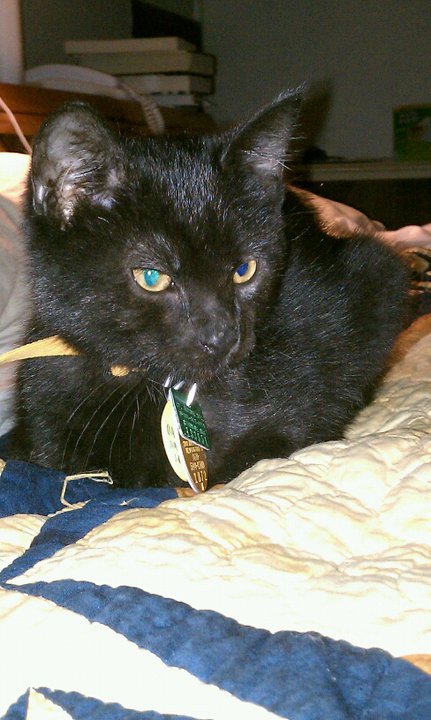 So Mojo's been remiss regarding her blog. Because life has become quite busy, lately. First because we spent a week or so vacationing up in Maine, where poor Rosie was subjected to the cruelty of sea water for the first time. And then we came back to find the house--sans feline since Ratty's demise--a little too mouse-ridden for even Mojo's decidedly laid-back taste.

So Mojo started the Serious Campaign for a New Cat. Which wasn't all that hard, mind you, since the Favorite Husband, despite his insistence that he is indeed a macho cat-disliker, privately and secretly LIKES CATS, as indeed he (like Mojo) pretty much likes anything that doesn't try to actively draw blood from him. So he was okay with the idea of a cat, so long as Mojo got one who was "exactly like Ratty". Minus the yowling, of course, although the Favorite Husband has remarked more than once about how he misses the yowling.

And Rosie, for her vote, desperately wanted a cat. It would give her something new to chew on. Rosie LOVES cats, but in true cat-bewildering fashion she loves them and attempts to play dog games with them. Like "duck down suddenly and attempt to break your opponent's leg". She would attempt to play this game with Ratty, who didn't have a clue what the game entailed. She would suddenly duck down, lunge forward and grab one of the cat's forepaws. (Very gently.) And hold it. And Ratty, who was a very laid back cat who liked the dog right back, would stand there with his held paw up above his head in the dog's Jaws-o-Death and patiently await the release of his appendage. Sometimes they would stand there for a good five minutes, awaiting some resolution to this, uh, "game".

So I will only mention that tomorrow will mark the first anniversary of the Big Ice Storm that knocked out our power for more than a week. Here's a picture of the lieberry taken the day after: 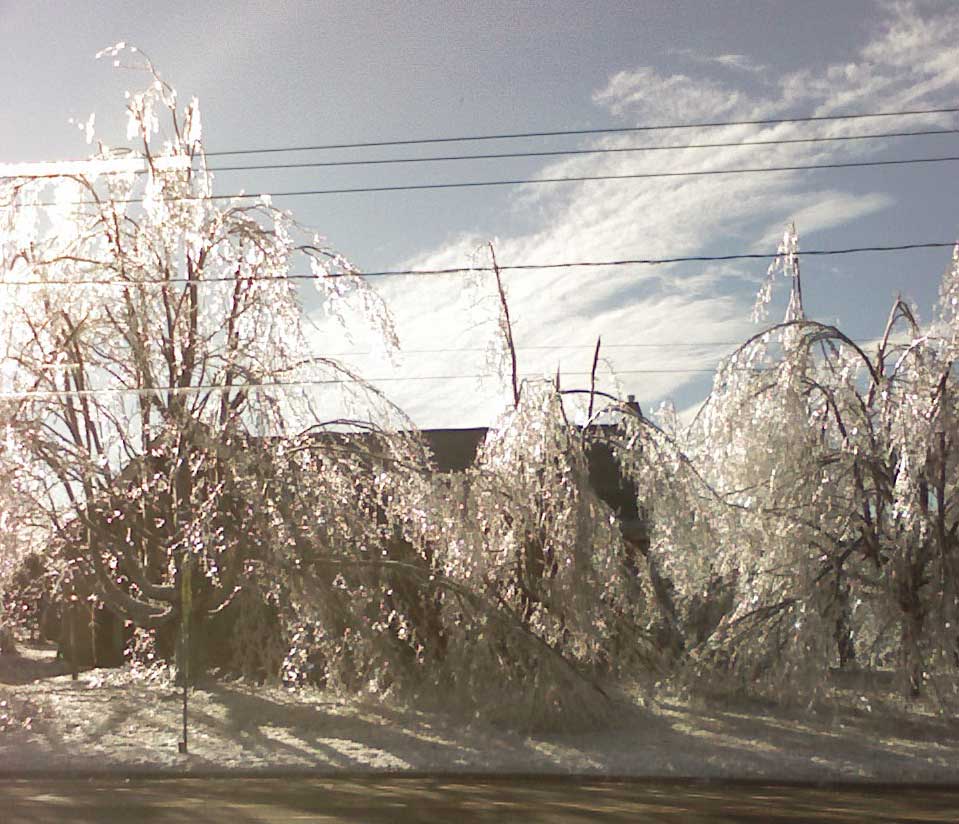 The library on Saturday, Dec 13, 2008, as viewed from the porch of the store across the street.

If you are at all interested in Mojo's realtime whining during that time, I offer you the following sequence: 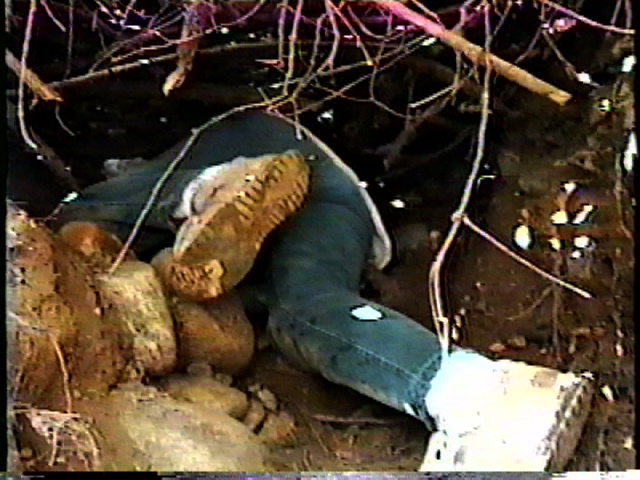 Like most people, Mojo has a butt, and unlike most people's Mojo's butt has been prominently displayed on YouTube in a little number Mojo has called the Beaver Lodge Series, particularly Part the First.