So Mojo has been having connectivity issues with her laptop. Only at home with the MiFi; everywhere else if there's a signal, it works great.

So today our illustrious Brain Trust brings her laptop to where she KNOWS there's a great wireless signal. And promptly Googles her problem. And bookmarks promising-looking pages that might solve her problem.

And then goes home so she can read the bookmarked pages at her leisure.

Honestly, people, how does she even TIE HER SHOES in the morning?

Once again Mojo must offer a stammering apology to the uninitiated who might come to this blog, expecting magical, marvelous things, only to find a nearly incomprehensible pile of gibberish.

Well, more so than usual, at any rate.

I have a pirate filter. Every International Talk Like a Pirate Day--which is September 19th--the site gets translated into pirate-speak.

If you don't get it--first off, exactly WHY are you here?--then come back tomorrow, when it will be in a format more suitable to your dainty ears.

Whenever the cold, cruel world gets to be too much for Mojo--say, when she has heard one too many talentless, hack autotuned bimbos or mimbos being marketed to the masses--she goes back to the basics and remembers that there ARE way talented musicians out there. Folks like Ruth Underwood, who played with Frank Zappa back in the day. Mojo's first introduction to ol' Frank was his APOSTROPHE album, and ST. ALFONZO'S PANCAKE BREAKFAST with its awesome Ruth Underwood ROLLO INTERIOR solo, was the sort of thing that made wee lass Mojo sit up and take notice.

So, Mojo's been online for DECADES. As in, late 80s. As in, pre-web. As in, UNIX commands, and programs like tin, pine, and gopher. I worked at a college at the time, so we were hooked up long before the rest of the world. I remember my Favorite Younger Sister was attending NYU, and one afternoon we managed to EXCHANGE EMAILS. (We both had these ludicrously long, computer-generated email addresses.) I forget exactly what was in those emails, but I suspect they went something like when people call from an airplane nowadays: "Wow! Look what we're doing!

So I haven't talked about Mary Worth in AGES, even though it remains as hilarious as ever.

Lately Mary has taken a break from meddling in other people's lives and is attending some New Agey resort in the desert called "Pax". (Ooooh, Latin for "peace", don'tcha know.) After sampling all the physical joys the resort has to offer--swimming pool, yoga classes, etc.--she decides to try a "sharing circle".

Now, I should warn you up front: Mojo is not a HUGE FAN of such things. Occasionally I am obligated to participate, and I respect the openness and integrity a lot of people throw into these things, but I do so with as little actual participation as I can get away with. This is something of a personal thing, since Mojo likes to play close to the chest most of the time. Besides, what's there to say when the person before you has just spent a half hour relating every terrible thing their drunken parents have snapped at them over the course of their life? I have long realized that my life, compared to most, has thus far not been all that bad, ya know? I have very little to complain about, yet some people glare at you like you're holding back if you don't have at least ONE complaint to share. It's not an act I particularly wish to follow, but There You Are sometimes. 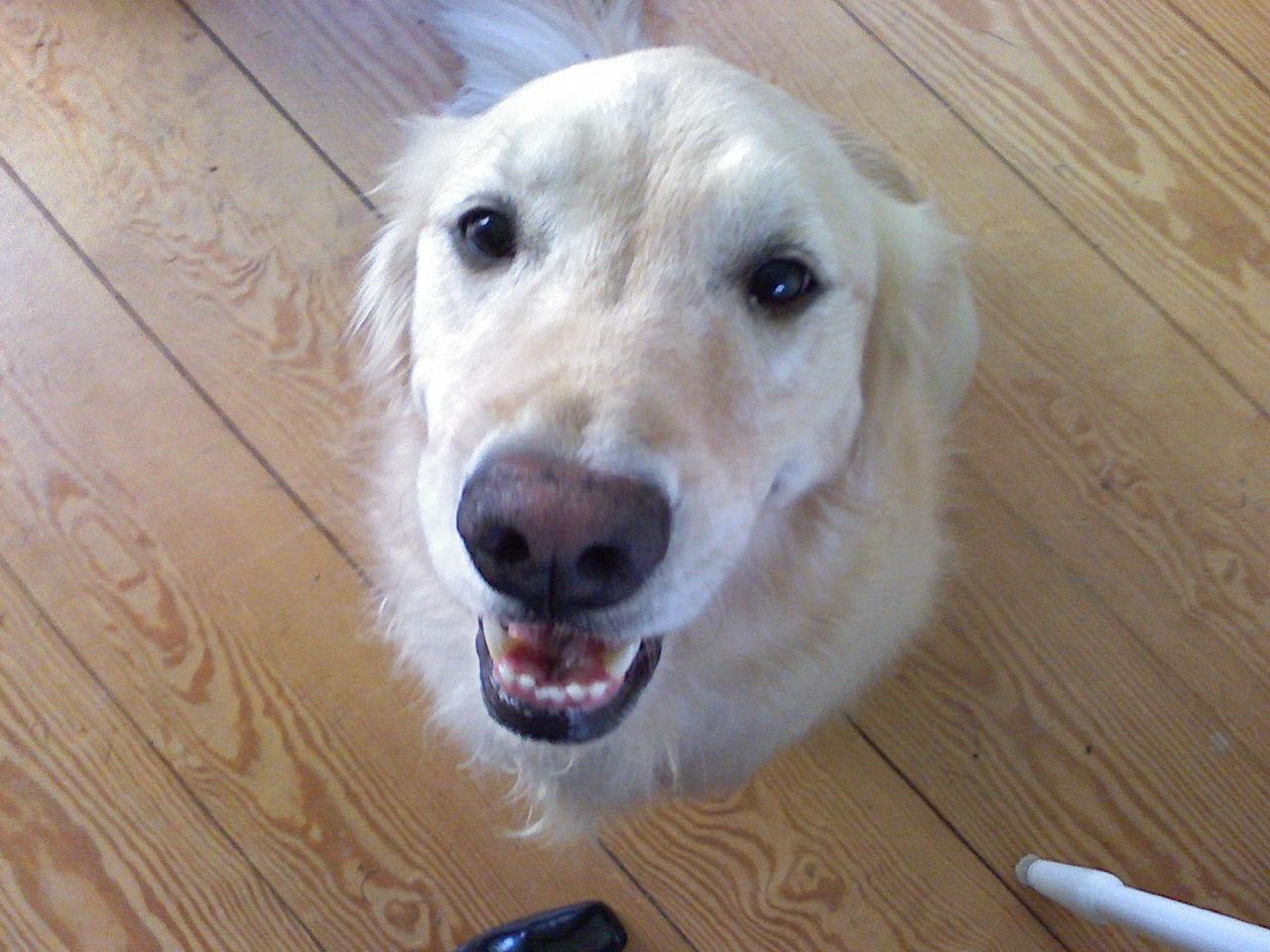 So Mojo, in her pitiful attempts to have some sort of private life and not be one of those über-annoying "look at my plate of food!" sorts, has made a few vague references lately regarding the health and safety of mah dawg, Rosie. Oh, sure, I can drop ALL SORTS OF HINTS about problems *I* may have, because even Mojo's generally happy existence is occasionally marred by less-than-perfection. Guess what? The whole USELESS LOT OF YOU roundly and completely IGNORE THEM. But if the danged dog gets scratched by the cat after sticking her nose where the cat decides it doesn't belong, I am suddenly Awash With Concern over the poor creature's welfare.

Rest assured Rosie is--and should probably continue to be--okay. I have been vague in my reportage of issues with her simply because most people enjoy eating, and if I go into too many details I am afraid I will put an entire nation off its feed for a week. (Or at least that percentage of the nation that reads the Craptacular, which might be somewhat below 100%. I haven't run the exact metrics, but I think I'm fairly safe in this one guesstimate.) But Mojo's reassurances mean nothing to her reading public when it comes to the stupid dog, it turns out, so while I will refrain from reeeeealllly graphic descriptions I will explain in greater detail what's been going on here.