So Mojo was let out of her house briefly, for some reason or other, and encountered an interesting drunk person at a get-together. Well, at least HE thought he was interesting, and that's all that matters in the world, huh? I found him, let's say, mildly intriguing, though NOT generally the sort with which I would wish to survive a plane crash. Though it must be said, some drunks have AMAZING survival skills. But I'm thinking this one... not so much.

It did not take long, in our remarkably brief introduction, before he was unburdening to me the legal and financial woes of his son, who was young and drunk and full of beans; an apple that not only has NOT landed close to the tree but has yet to even think of falling. This young man was apparently in his late twenties or early thirties, unemployed, still lived at home and had not fully embraced the valuable life lessons his father was so eager to share with the rest of the world. "You know, stuff you learn when you're young, but he's yet to learn it," my new acquaintance shrugged, stating with a frustrated paternal sigh what is so very obvious to us older folk. "Like, don't take a swing at a cop."

I agreed that getting into fisticuffs with law enforcement is indeed more of a young man's game.

One sobering and humbling thing Mojo has often been made painfully aware of is the gaping, yawning chasm between my interior life--in which Mojo is the calm, intelligent, integrity-oozing, loveable scamp we all worship around here--and Mojo's public behavior, in which, uh, while I'm not really a MONSTER, nonetheless things are never quite so competent and gracefully balletical as I assume it will be. 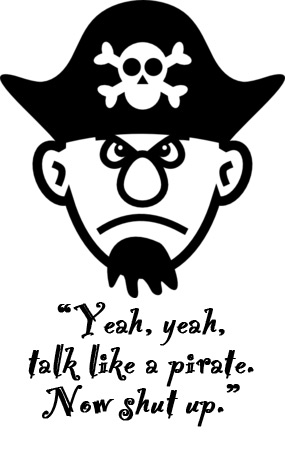 Mojo does NOT pay much attention to this--she actually HAS a life--but YEARS ago on a lark she downloaded a module to her content management system that grinds her otherwise sophisticated and snotty-intellectual-type content through a pirate-speak filter once a year on September 19th--International Talk Like a Pirate Day.

Every year I promptly forget this a few days after ITLPD, and it does not cross my mind again until I open an obscure page on my website, as I do most mornings, to make sure I am not suddenly overrun with spammers and/or idiots. And, every year on September 19, I have that slight moment of confusion before my brain kicks in (this is usually pre-coffee) and I remember the stupid filter. So every year I feel the need to warn people with this needlessly explanatory explanation.

So happy Talk Like a Pirate Day. And if you are the sort who have been awaiting this day with bated (or, if you really ARE a pirate, perhaps baited) breath, crossing off the squares on your calendars and whatnot, Mojo apologizes and affirms that you do INDEED have a life, despite her crusty grouching above. It's just a tad more pirate-centric than Mojo's. But still, I'm sure, a very worthwhile and productive life. Just go stand over there for a while; it's still early, and Mojo has yet to have her coffee. Yeah, yeah, there--that's fine. Now be quiet for a few minutes. Thank you.

TL;DR version: If you give your nearly-ninety Mother-in-Law an iPad, make sure you turn off your Photo Stream, or she will be in for a fair amount of SHOCK and CONFUSION. 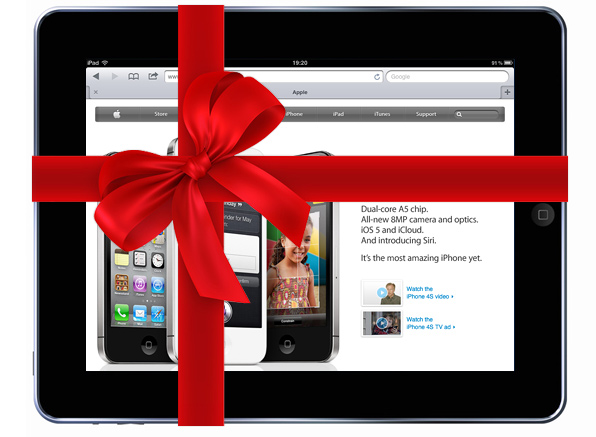 Mojo version: So as EVERYONE WITHIN A SQUARE MILE OF MOJO knows already, Mojo the Generous and Beneficent Saintlike Daughter-in-Law gave her Mother-in-Law an iPad. All hail Mojo and what a wonderful person she is! Are you sick of me casually bringing it up every five minutes? Then you CERTAINLY don’t want to hear that she’s now whizzing around Facetiming everyone and reading Kindle books and taking pictures and generally enjoying herself. Because this blog has never been about HER, okay? It's about Mojo.

Mojo, in the meantime (remember her? Who this whole blog-thingie is about?), is in the sometimes painful process of learning new software. And, as usual, Mojo has decided that the Best Way For Her to Learn is to create her own application of said software, and see if she can make the software work its magic doing HER thing instead of the (typically) lame tutorial projects. Traditionally it’s how Mojo does these things. It may take her five times longer to learn the software, but in the end she actually has something she can maybe USE instead of “oh look, a bouncing ball”. 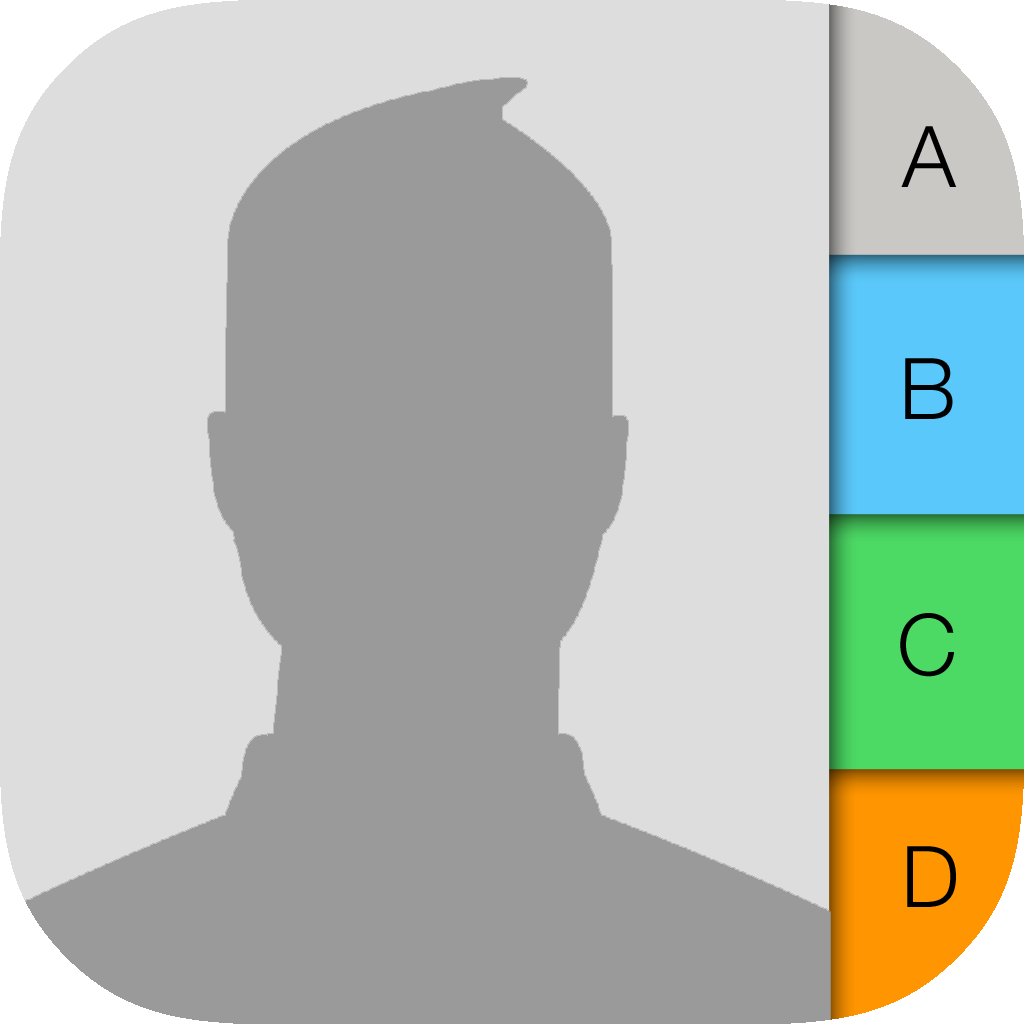 Okay, so in the vein of No Good Deed Goes Unpunished, Mojo bought her Favorite Mother-in-Law a new iPad. (Gosh, what a WONDERFUL daughter-in-law!) Just put it on my account with the eight thousand other devices. Set it up for her, but got distracted by shiny things. Didn’t notice until after the presentation of the gift (“Tah-DAH! Isn’t Mojo WONDERFUL?”) that all of my professional contacts got imported into my MiL’s contacts. We’re talking a LOT, people. Like, MORE THAN THREE.

Not thinking properly about HOW that happened (“Hmmm... cause... effect.... Hmmm... Oh, look, a cookie!”), I decided to delete them. Manually. One at a time. It took a while, but Mojo is a determined lass, especially when she feels she has no other choice in the matter.

Got home and discovered that deleting them off of the MiL’s iPad meant they were now gone from EVERYTHING I OWN. Because Mojo is indeed the Brain Trust of the Future. YESSS!!!111!!

Why does Mojo follow an ancient soap opera newspaper comic, even though it is a DYING MEDIUM and/or ART FORM? Because Mary Worth, besides being a predictable font of platitudes and inspirational quotes from smarter people, is also a STONE COLD BIATCH. Beneath the overly-neighborly smile and grandmotheresque "come in and have some milk and cookies while I meddle in your life, dear" this woman is at heart RELENTLESSLY DARWINIAN.

Ferinstance, here's her response today when she hears a doctor at the hospital was actually a closet DRUG ADDICT. Others might convey a certain amount of sympathy or concern. Mary SPITS ON SUCH FOOLS!