Okay, listen up, people. I am right here right now on Ebay, TOTALLY FREE, gonna tell you the SECRET SHORTCUT to eternal happiness and success and thereby put the entire gazillion-dollar-a-year self-help industry totally out of business.

The secret is (shh! She's about to say it!), THERE IS NO SHORTCUT. The ONLY way you are going to be successful at whatever you attempt (lose weight, make money, be happy) is to Work Really Hard at it, Every Single Day. I can now hear the disappointed groans from thousands of lottery-players and self-help book readers out there, but I'm sorry, there is no way around it: Work Really Hard Every Single Day. 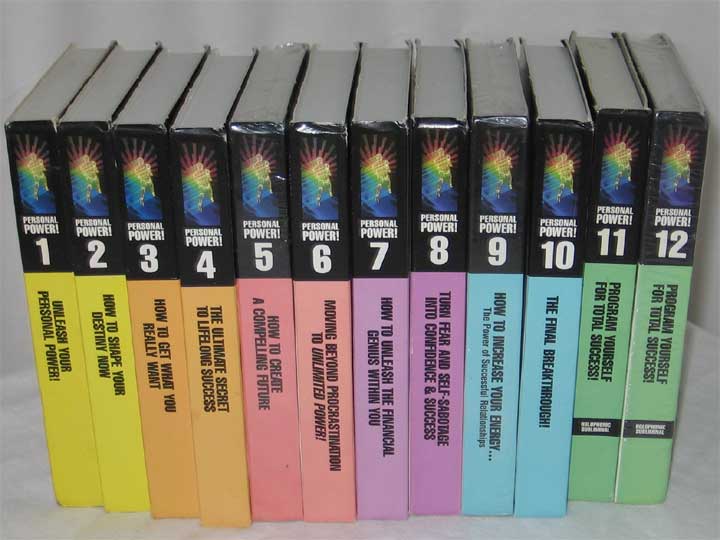 Now, if I had any brains or desire to become a self-help guru I would make sure to register and trademark the words "Work Really Hard Every Single Day" and the initials "WRHESD" and somehow expand those six words into a 300 page book. I would have to come up with some sort of metaphorical schtick with its resultant vocabulary of cutsie acronyms and puns. And then I would need to create an entire franchise of seminars, books, tapes, videos, all flogging the same tired metaphor that could all be boiled down to "WRHESD" but no, thanks to my metaphor it sounds exciting and different because, like, I talk about TRAINS and TRAIN SCHEDULES instead of, say, "a Magical Rainbow of Unicorns" or "treat your family like you'd treat a Fortune 500 corporation". I would pepper all this crap with cute little bumper sticker rhymes instead of "just do the work, moron" since it is important for ineffectual dreamers to feel good about themselves if you want them to buy more of your product. (Professional hint: Calling them "morons" is probably not a good way to cultivate repeat customers, at least in the self-help industry!)

But thank heavens, I have no desire to be a self-help guru—mostly because I am too lazy and snarky and I don't want to WRHESD at being supportive and motivational. It's such a brilliant racket, though, 'cuz it's like gambling or the lottery—you tantalize people with the ultimate pleasure of success, you let them dream, and then you perpetuate the dreams with the occasional lip service to the actual work. The true motivation is not to have them change their lives, but to cultivate dependency and get them to buy more items from the franchise—the seminar, or the next set of tapes, the board game, the ice crusher, or whathaveyou. And I won't even get into the psychology behind Large Group Awareness Training (LGAT), which is the dynamic behind the mass seminars, whether intentionally or not.

Self-help is one of those self-perpetuating industries that only evolves in the creation of new ways to say the exact same thing over and over again. How many diet books out there, for example, can you boil down to "eat less, exercise more"? And like I said, no matter how cunning the word play or the acronyms or the metaphor used, real self-help all boils down to "WRHESD". Reading motivational books or listening to tapes is optional, so long as it doesn't interfere with the working part. Duh.

I am a copywriter by trade, so good ad copy is something I can appreciate. Most self-help stuff really suffers in this department, because their suggestions that you go out and buy their other stuff—the board game, say, or the latest tapes—is so ham-fisted it is painful. Add some garish graphics and amateurish cartoons drawn by the author's Aunt Bertha and you've really got something. Plus I really hate the industry's tendency to Capitalize Key Words and Phrases as if they hold some Special Meaning. (Yeah, I know *I* do that too, but the difference here is I'm only PRETENDING to be a moron. I don't REALLY Write This Way when I am Communicating With Someone. Sheesh! Incidentally, I think pretending to be a moron has to be the most perfect excuse ever. You can do all sorts of stupid stuff and say you're just pretending. And if you REALLY do something stupid and someone points it out, you can still lie and say "I was just PRETENDING to be stupid!" It's the Perfect Crime.) 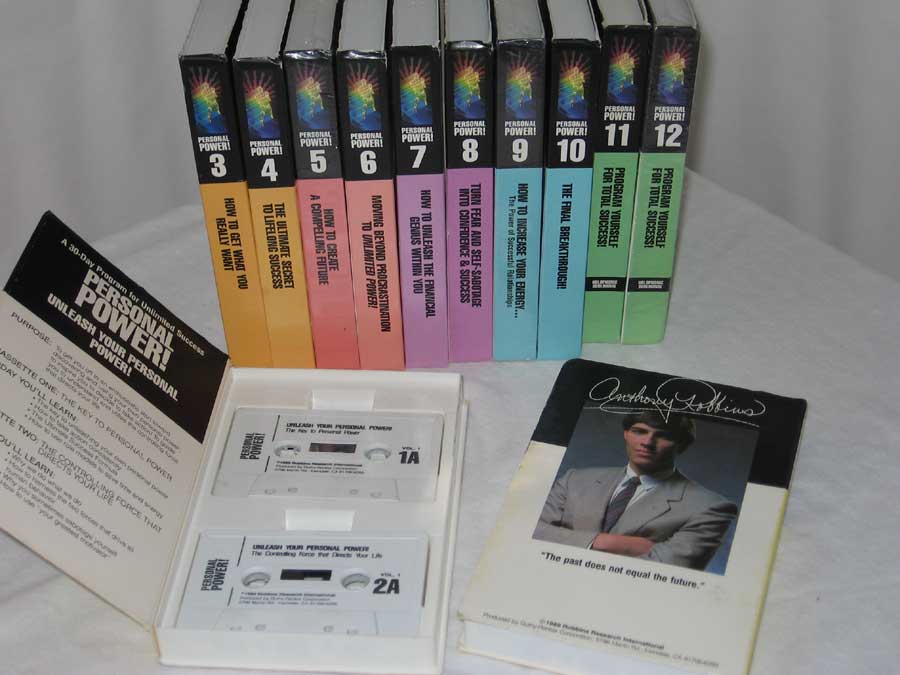 Tony Robbins is better than most at the key component of self help: which is not (gasp!) actually Helping People, but the Underlying Sell, so to speak. He brings up his Many Other Products so casually he sounds just like your football buddy asking you if you want to Order Pizza Before the Game Starts. He's all like, "Hey, no big deal" and even if you catch him in a Hard Sell he is smart enough to Make Fun of Himself and say something like "of course I'm trying to sell you something!" which is Cunningly Inserted to Put You At Ease with his Honesty. It's really an interesting education in how sales people sell things. And, of course, you're an incredibly great person just for listening to these tapes, since obviously you're a "do-er" and not just a "dreamer". In fact Mr. Robbins has so much Respect for you for buying his stuff he is just Agog by What a Great Person You Are. It really comes across in an Enthusiastic and Sincere Way! He is Really, Really Good At It.

This set of tapes was bought used as a joke by Someone In My Life who knows just how much I like such things. Robbins was on TV a few months ago flogging a repackaged version of his particular "WRHESD" schtick. This is not that version, but apparently the older version which takes 30 days instead of 7 days. It is called "Personal Power". When that Someone In My Life gave me these I was so intrigued I did some research, and found that even though the NEW system is out there, Robbins still sells this OLD version, but it has been Changed and Adapted to reflect the New World we now live in. The NEWER version is called Personal Power II. (There is also the newer newer 7-day program called "Get the Edge" but this is not that, neither. Are you confused? Good, then you need these tapes more than anyone!) Apparently as far as I can tell (I might be wrong, here) the new changes (the difference between "Personal Power" and "Personal Power II", again, AFAIK) consist mostly of taking out complimentary references to Michael Jackson, as well as the diplomatic move of taking out all references to how wonderful his relationship is with his wife and how much he loves his wife, and how he and his wife built his company up from nothing and they make such a great team and he is the luckiest guy in the world because of his wife. This marvelous person apparently is now his ex-wife, having been traded in for a newer product, perhaps entitled "Personal Spouse II".

But if you want to hear how wonderful Michael Jackson is, or how exemplary his relationship is with his (now ex-) wife, and how you too can achieve the ultimate success of, um, I guess being successful by telling other people how to be successful—wait, all this meta-discussion is getting me confused—these are the tapes for you. Or if you wish to become a self-help guru in training and you want to see a really good marketing strategy at work, these are the tapes for you. Or, if you really think these will help you with your life and you don't care for my WRHESD approach, go ahead and give these a try. Maybe it's what you need to hear. Sure, he'll say the same things I'm saying here, but at least Robbins has the good sense not to call you a moron. At least, not while you're the one financing his lifestyle.

So go ahead and finance my lavish lifestyle, you moron (ooops, sorry, that one just slipped out; oh great now I've done it) and unclutter my house by taking these off my hands. And whatever your decision, remember to WRHESD. That's how you'll become successful. No, there's no need to thank me, just Pay It Forward and tell someone else to WRHESD. Copyright 2006 by Mojo Place, All Rights Reserved. Thank you.