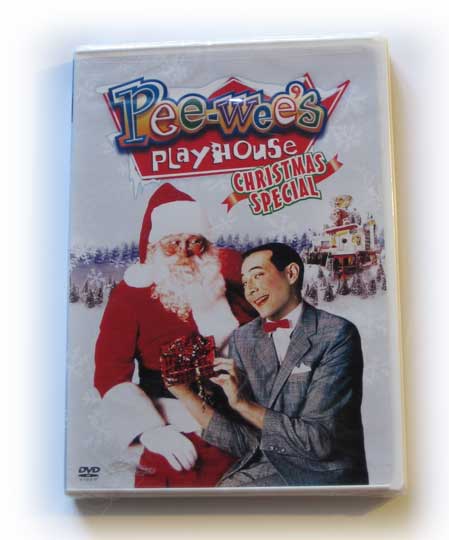 Ya know, I should just say, right from the start: Insert Your Own Joke Here.

When I was in college taking a screenwriting class I once submitted a script that was a parody of the televison show, The Waltons, which had jumped the shark by then and was edging slowly toward its painful lingering death. Not that my script was any sort of Great Art; it was just to complete some assignment and move on with my life. I don't remember much about it except that as one might imagine I was cruel and snarky and somehow indicated that the John-Boy character (I forget what I called him or her) was basically commercializing his fond family memories for a quick buck (hmmmm...), and as the family sat around the table they started discussing the residuals they would get when the show went into syndication. There was also a tiresome snotty precocious little girl out of the gazillion kids who, like a little barefoot and overalled Mojo-slash-intellectual snot-slash-Greek chorus, questioned every plot point and every utterance by the other characters that did not make logical sense. Sort of like a precursor to Lisa Simpson on The Simpsons, only with a Waltons-esque twang.

(Isn't it sad, by the way, how many times Mojo brackets events in her life with Simpson quotes? Sad and pathetic. I was talking with my Favorite Older Sister this morning and she was the only one of my family who had the time to do me a particular favor. (Not that the others are WRONG, just that right now I Like Her Best.) When I expressed my amazement that others didn't immediately drop their lives to cater to my off-the-cuff whimsy, she pointed out that, since she essentially had no life, her free time opened her up to doing all sorts of favors for other people. So now I have what appears to be a tailor-made excuse for not having a life. I am merely freeing myself of the Onerous Burden of Having a Life so I can help other people experience theirs more fully. Yes. That's it. Why, that makes it sound so Purposeful instead of Pathetic. Yes. As Pee Wee Herman himself might say, "I meant to do that.")

Anyway, when I got back this tome-masquerading-as-a-script from the instructor (remember that? That's how this whole thing started back up there at the top--Mojo in college handing in a script) one of his comments, which has always stuck with me for some reason, was the question, "What's the sense of parodying something that is already essentially a parody of itself?" Why, indeed. We must ponder the significance of this statement. Okay, that's enough. Now let's have ice cream.

So this time I leave the joke-telling entirely up to you, gentle eBayer. (Which sounds like a whole lot of democratic fun and not like Mojo's inherent slobby laziness, huh? Gosh, I sure hope so....) If anyone out there can come up with a really good schtick or even a single line without flogging the obvious (well, I guess you could flog the obvious if you wanted to, but that's just kinda cheap and tiresome, isn't it?), submit it through the "ask a question" link and I will add it to the listing. (If you 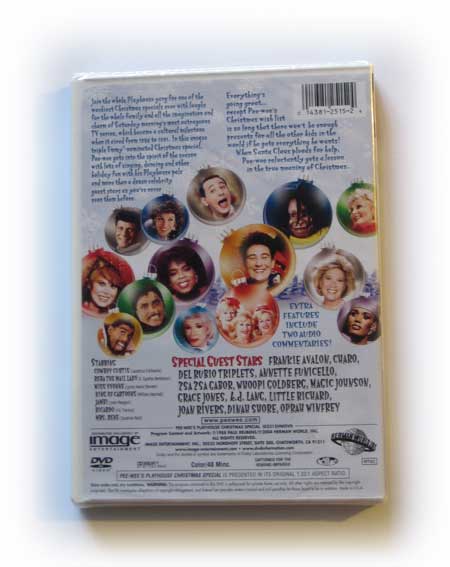 wish to ask me a private question you can, too, but please label it as private and that you don't want me to post it publicly, because otherwise it's going up there for all to see.) Please keep it in relatively good taste, since my mother reads these things and despite her continued threats she hasn't QUITE disowned me, yet. Which means I'm probably Still in the Will. Whoohoo! And I hope to keep it that way! (I love you, Mom! So much more so than those OTHER kids!)

I will say I always rather liked Pee Wee's Playhouse, and the movie Pee Wee's Big Adventure. (Wasn't so keen on Big Top Pee Wee.) In fact, when my Favorite Husband had his trucking company and I went on the road with him (Mojo's varied life just gets interestinger and interestinger, doesn't it? No, you're right—it really doesn't) my CB radio handle was "Large Marge", mostly since I was neither, but it kept the flirting from the male truckers to a minimum, and most important it was an homage to Large Marge's soliloquy that began something like "It was on a night much like tonight.....twenty years ago.....the worst car accident I've ever seen..." (If you haven't seen Pee Wee's Big Adventure it's worth renting it just for that one speech.)

Here are some facts to help you compose your very own item description and get those creative juices flowing:

It's an unopened DVD of Pee Wee's Playhouse Christmas Special, which I have never personally seen. The picture on the front depicts Pee Wee on Santa's lap either giving or receiving a gift. The back shows little ornaments of all the guest stars, including Frankie and Annette, Charo, Zsa Zsa, Dinah Shore, Whoopi Goldberg, Oprah Winfrey, Joan Rivers, kd lang, Grace Jones and Little Richard. And of course the Playhouse regulars, including a young Laurence Fishburne as Cowboy Curtis. It is 48 minutes long and was apparently nommed for three Emmys. (I'm guessing it didn't WIN those Emmys, or it would say it WON them instead of the noms.)

So go for it—come up with your own item description, or just bid on the silly thing and get it out of my house. Whoever wins the bidding gets the DVD, of course, and the Certificate of Craptacularity that goes along with it. Whoever comes up with the best item description...well, I'll figure out something special for you, too. (I figure I'll compile any item descriptions and post them on the mojocrap blog after this listing is over, and people can vote for their favorites there, since eBay isn't set up for that, huh?) Mojo's honor. And we all know that Mojo Never Lies. (Because if she did, wouldn't she come up with better, more complimentary stories than the ones she tells? No, unfortunately she is shackled by the bitter, pathetic Truth.....)