(I don't know if this is new or lightly used. I can't imagine anyone actually using it, but you never know....it looks new, though...) 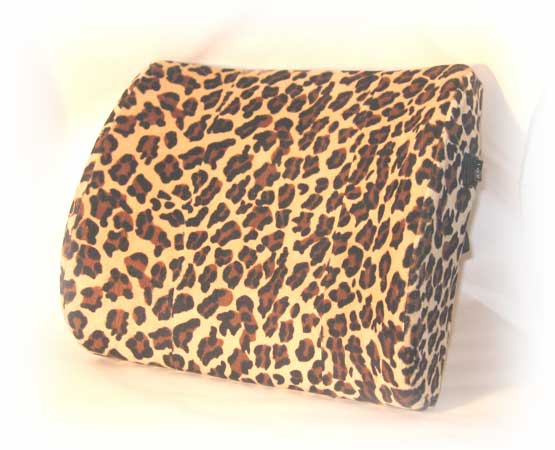 When Mojo was a kid she was quite the little Nature Girl. She spent most of her time in the swamp behind the house, catching frogs and snakes and building tree forts. She subscribed to Ranger Rick magazine and worried incessantly about saving Endangered Species just because she liked animals.

But now that she is older, she sees the value of using endangered animals for purposes a younger Mojo might have considered frivolous and inhumane. Like this little beauty. Why just have a regular vibrating back pillow when you can have one made out of an endangered animal, like a leopard? Ahhh—taking decadence one more delicious, luxuriant step—that's the Craptacular way! 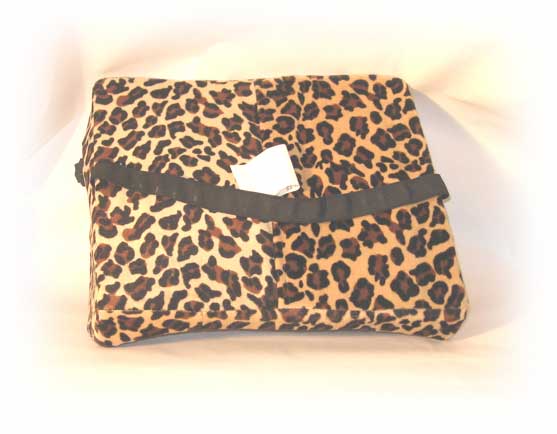 Unfortunately for all concerned (well, except the leopard, perhaps, but Mojo sez if they are foolish enough to get themselves poached in the first place it seems to me they DESERVE to be turned into vibrating back pillows), it is very hard to find vibrating back pillows made out of REAL leopard skin. Something to do with them being illegal or immoral or something. One of those "I" words. Mojo is not a lawyer and words with multiple syllables tend to confuse her, so the details are sketchy. But for those of us who are UTTERLY HEARTBROKEN that we cannot enjoy a vibrating back pillow made out of REAL leopard we can at least own this baby, which is made from a lovely faux leopard print fleece. 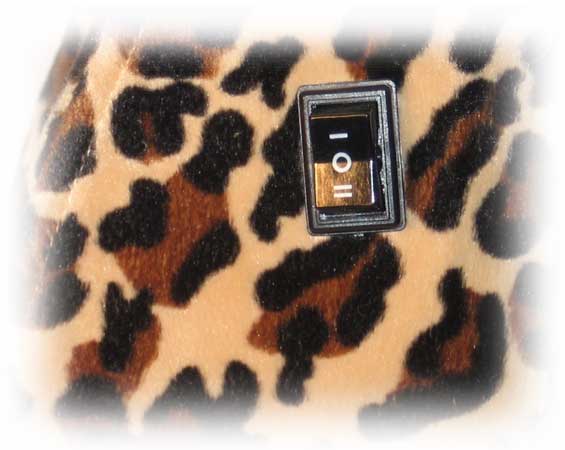 It has a switch on the side to turn the vibrating on and off. There are two settings, I and II, which can be loosely translated for you non-technical types as "buzz" and "BUZZ". It is custom-contoured for the backsides of people who understand quality and luxury. No leopards were actually harmed in its manufacture, though I can't vouch for the child labor laws of foreign countries. Or leopard labor laws, for that matter. Though what they are doing in factories trying to make things when they don't have opposable thumbs is BEYOND me. Maybe they're just in there looking for children to snack on.

Where was I? I have blacked out again. Pillow. Vibrating pillow. Yes, that's it. If you win this lovely faux leopard vibrating back pillow I will throw in a gen-yoo-whine Certificate of Craptacularity. The Certificate does not vibrate. It just sort of sits there. But if you stare at it long enough your eyes cross and it gets all fuzzy and the moiré pattern on the border seems to move. Alcohol may increase this effect. So do not operate heavy machinery if you stare at the certificate for too long. I think it's okay to operate the faux leopard vibrating back pillow, however, regardless of your level of intoxication, inebriation, crossed eyes or simple competence. Because that's the sort of all-inclusive crap I sell!